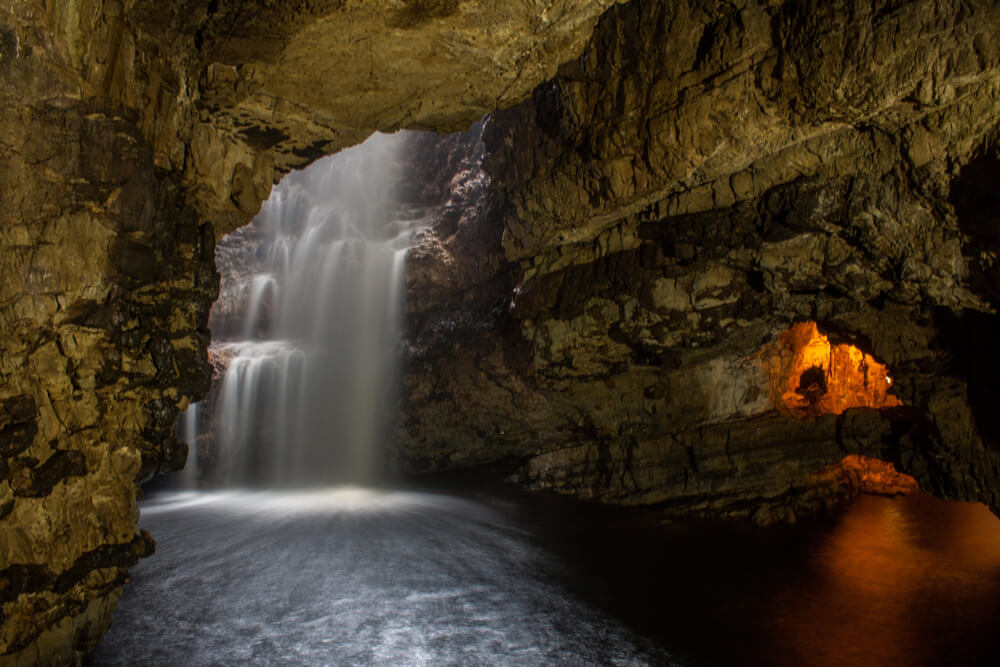 Upstate New York is beautiful year-round, but the transition from winter to spring is wonderful. The rugged forests bloom with wildflowers, trout fishing is at its best, and the waterfalls cascade from the snowmelt. But, underground, there is another side of the Adirondacks to explore. There are several caves and caverns that re-open during the spring and summer for tours and exploration. The caves in Upstate NY feature waterfalls, underground boat tours, and mineral formations from millions of years ago. Stay with us at Surfside on the Lake in Lake George and plan a day trip to the nearby caves.

Approximately 30 minutes from Lake George, you will find the largest marble cave entrance in the eastern U.S. Starting in May; you can hike the self-guided cave trail to see several surface caves and grottos. An Adventure Tour is available that allows you to go spelunking through four different caves. See underground waterfalls, crawl through passageways, and float through Garnet Cave.

This cave in Upstate, NY, is the closest to Lake George, located under the Cooper’s Cave Bridge. This cave is most known for its connection to the famous James Fenimore Cooper’s novel The Last of the Mohicans. Although this isn’t a cave for exploring, it’s a great pit stop on the way to Howe Caverns. Park by the overlook and witness views of the cave, waterfall, and the Hudson River.

Make a day trip from Lake George to one of the most visited caves in New York. Howe Caverns has slowly been carved out for over 6 million years, and today you can choose from several tours to witness this spectacle of nature. The traditional tour will take you past limestone, stalactites, stalagmites, and flowstone through the main cavern. You will also take a boat ride on the underground riverbed. For the ultimate spelunking experience, choose one of the adventure tours that will take you to sections of the cavern not seen on the traditional tour.

When you visit Howe Caverns, head down the road to see Secret Caverns. When you arrive, you will be greeted by the hand painted entrance and signs that introduce you to what’s below the surface. Embark on a guided tour past stalagmites, stalactites, and flowstones. Unlike many other caves, you are allowed to touch the formations here! The real highlight of the tour is the 100-foot underground waterfall.

Hotels on the Lake in Upstate NY

Plan a trip to beautiful Lake George and spend a day exploring the caves in Upstate NY. Tour some of the best show caves in the state and then return to Surfside on the Lake. Our hotel is nestled in the Adirondacks on the shores of Lake George. Enjoy views of the lake from your room and relax before another day of adventures tomorrow!